Typeform vs Google Forms | A Detailed Comparison For 2023 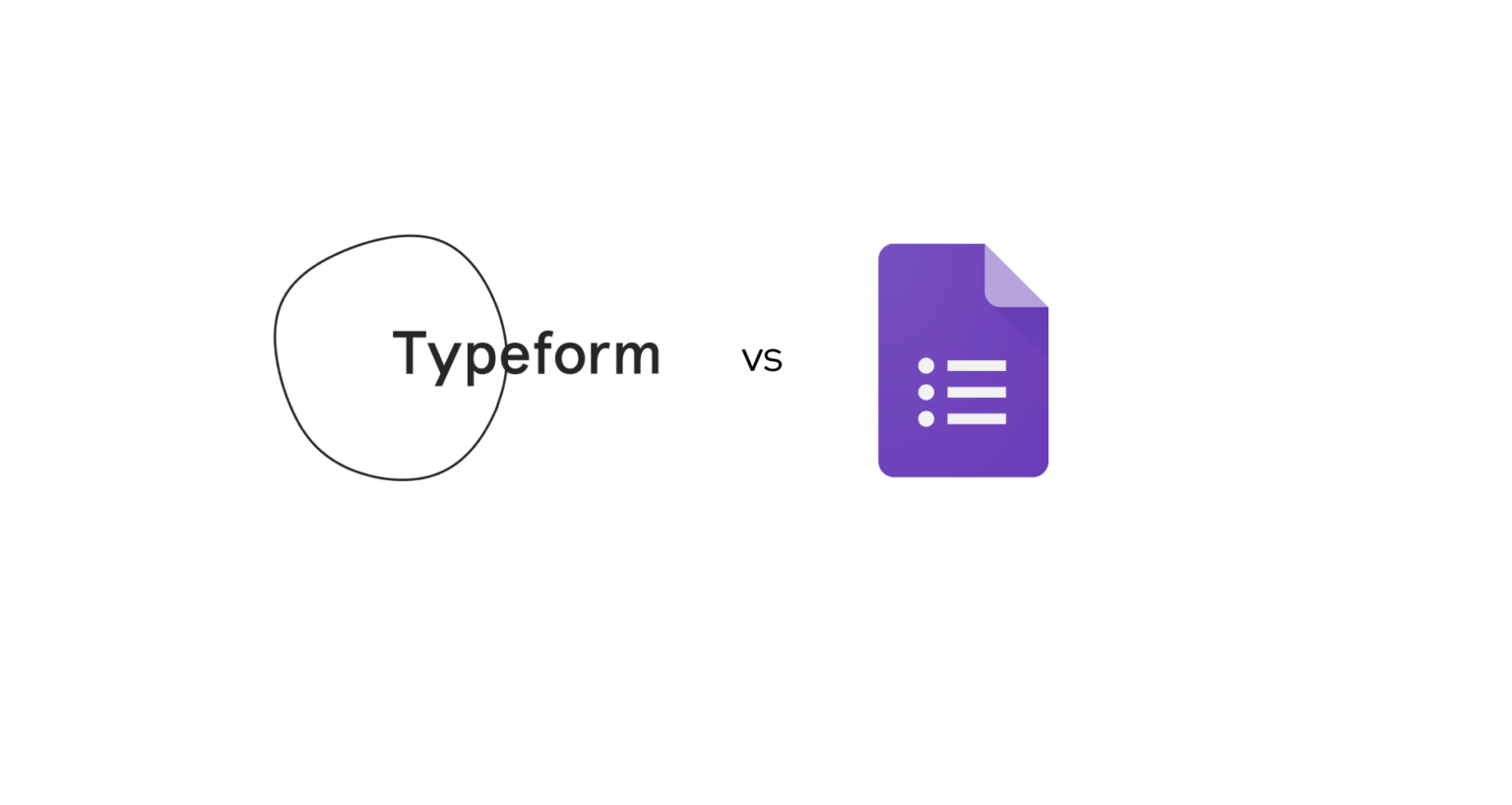 David vs. Goliath. The Ottomans vs. The Persians. Ali vs. Frazier, and Messi vs. Ronaldo. For eternity, rivalries have played a massive role in shaping our world and interests.

Business rivalries are also pretty common. Remember the good ol’ Apple vs. Microsoft ads? People waited eagerly for these ads to see the new ways they’d found to mock each other.

When it comes to online surveys, there are many quality players, and yes, they have some rivalry, too. Typeform vs Google Forms is straight up one of the biggest. Here, we’ve come up with a detailed comparison of the two survey giants to find a winner!

Typeform is a popular online survey tool that lets businesses build engaging and beautiful surveys. It is famous for its ‘one question per page’ survey designs, but there are other benefits to using Typeform.

For example, it offers a fantastic user interface with great flexibility for creating surveys, and its interactive design process helps in faster survey creation. There are free alternatives to Typeform, but nothing really comes closer in this category than Google Forms.

Google Forms is a part of Google’s suite of tools for businesses. It is easy to use and extremely popular because of Google’s association. It was a feature of Google Sheets, and initially, it was a basic tool where you could collect responses. More useful and powerful features, as we’ll see, were added to it in 2016, and now, it’s a separate app.

So, is Typeform better or Google Forms? Who wins in the Typeform vs. Google Forms question? These 9 points of comparison will help us find an answer.

That’s our first point because an online survey tool, however great, should be pocket friendly. If it’s not suiting your budget, it’s of no use.

However, there’s one Typeform alternative that’s pocket-friendly yet feature-heavy — SurveySparrow. The platform has a 14-day free trial and lets you create jaw-dropping surveys within minutes.

Try it for free here! 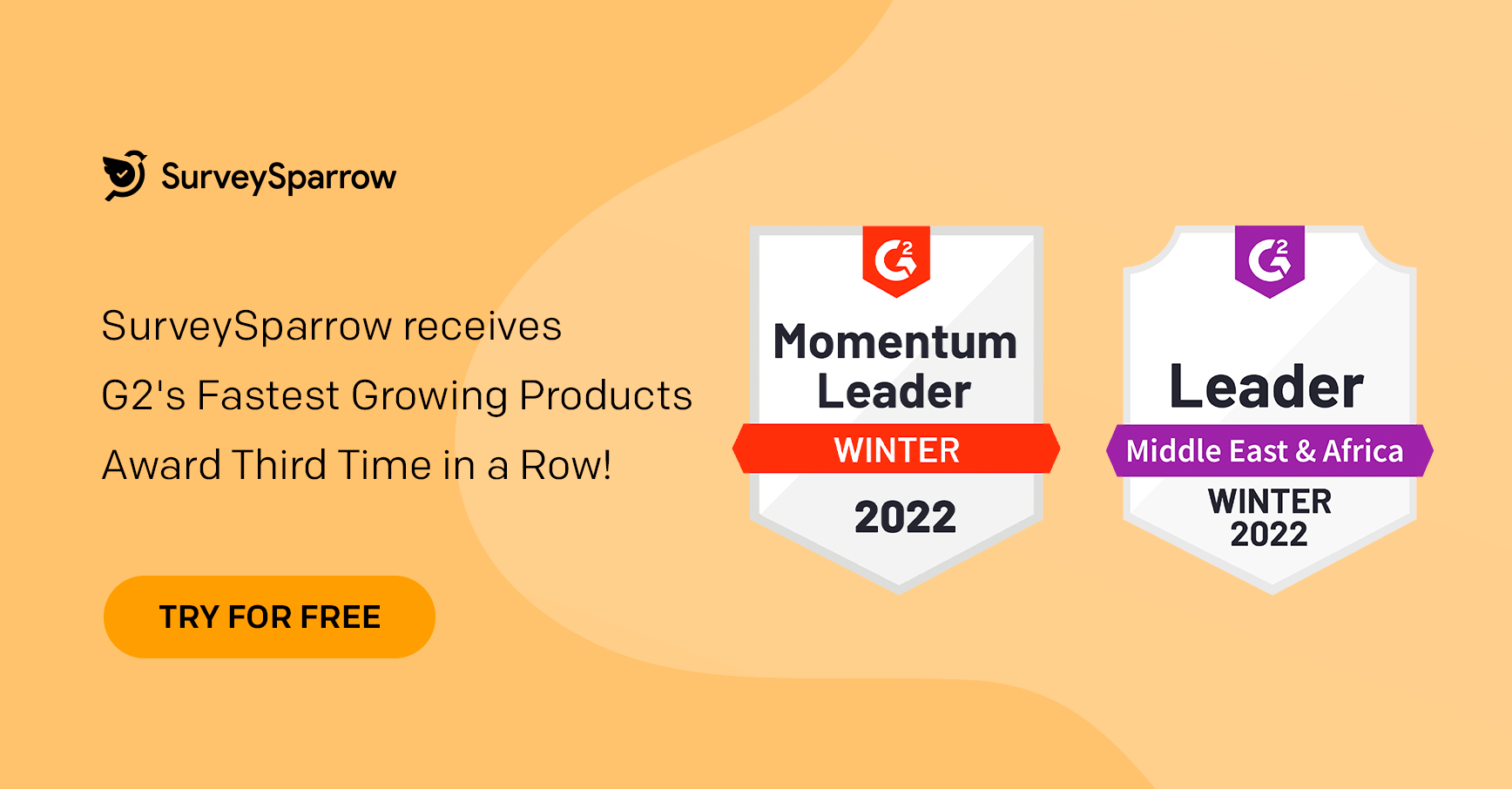 The next point of comparison is the kind of form designing process and experience Typeform, and Google Forms offer. Let’s see:

The next round in the Typeform vs. Google Forms matchup is templates.

Even if you’re collecting quality, targeted data, it’s of no use without proper analysis. So, that’s a crucial point of comparison in the Typeform vs Google Forms battle.

Like Analytics, integration with other softwares is also an essential feature of a survey tool. Let’s find how Typeform and Google Forms do here.

For 2023 and beyond, a mobile app is a must-have functionality for all survey tools. Let’s see how Typeform vs Google Forms stack up.

Lastly, let’s look at a few other features of both Typeform and Google Forms to see which tool has the edge over the other.

If you’re running a carefully designed survey campaign, the surveys just won’t open. In that case, the survey software’s support team could be your savior. Let’s see how Typeform and Google Forms stack up in this regard;

The Huge Benefits Of Online Surveys!

When you talk about Typeform vs Google Forms, the basis is online surveys. They’re both survey tools with quality pros and some obvious cons. But why need online surveys for a business in 2023? These benefits are the answer.

Online surveys are an incredibly fast way to collect quality information that can lead to effective decision-making.

Compared to the more traditional survey methods, it’s easy to use and respond to for your audience and gives them the power to respond anytime. All this doesn’t take over 10 minutes in 99% of the cases. How cool!

With online surveys, the margin of error in collating and analyzing feedback is zero. It goes without saying that with a paper-pen survey, human error will happen.

Humans are prone to that because they lose focus when performing a repetitive task for a long time. An online survey from a quality survey tool is the only solution to this.

When you’re using online surveys for survey campaigns, you can expect responses instantly to make decisions based on what the reporting dashboard shows. Online surveys give you this ability.

Yes, respondents love the online comfort surveys bring. They can take surveys from their couch on a mobile device and get rewarded as soon as they submit!

Moreover, the surveys are designed in a way that takes little time to respond to while giving a top-notch user experience.

Question piping, skip logic, live analytics, and so much more. No other data-gathering method can give what you get with online surveys now.

Be it market research, customer or product feedback, NPS, or employee satisfaction surveys; you get separate features if you go with the right survey tool. Whether you choose Typeform or Google Forms, it all depends on what your survey goal is.

Tell us, how much do you think a paper-pen survey campaign would cost? To give a number from our experience, it costs anywhere around $500-2000 to conduct one mid-sized traditional survey campaign.

Typeform vs Google Forms: Which Is Better?

We’ve taken an in-depth look at the Typeform vs Google Forms question in this blog. While both have advantages and disadvantages, the overall features, design capabilities, and integration options make Typeform a better choice.

Google Forms is a fantastic free option for new businesses looking to gather quality data, but shifting to a tool like Typeform would make more sense after a while. And if you’re looking at an even better tool than Typeform, here’s a plug for SurveySparrow.

It’s a formidable choice as an online survey-taking tool. SurveySparrow is great at creating and conducting conversational surveys that have massively increased business survey completion rates.

Here, talk to our super-cool team about the SurveySparrow free trial and start using it. Don’t worry; if you don’t like what you’ll get, cancel any time. Danke 🙂 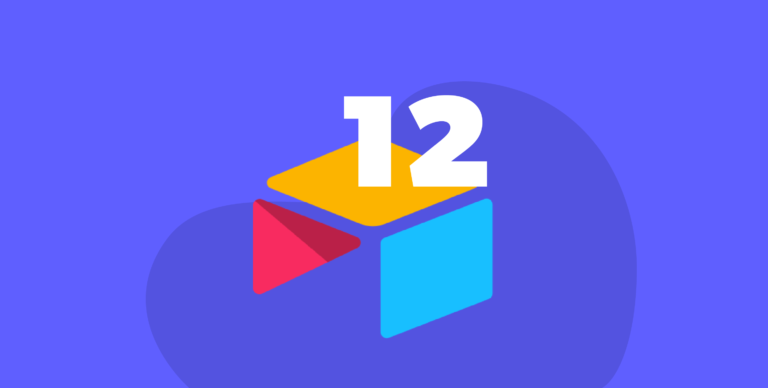 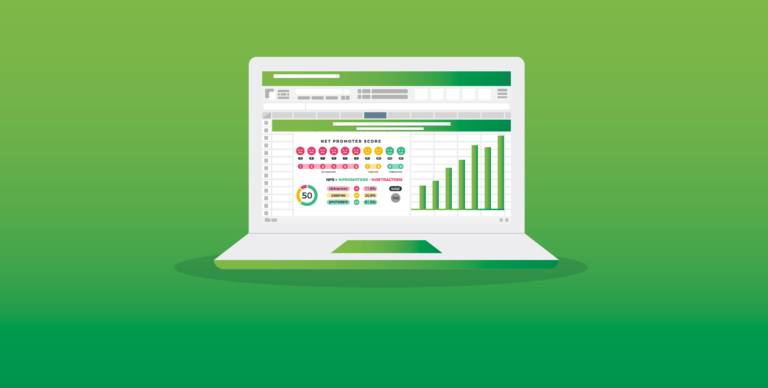 How to Calculate NPS in Excel: A Quick & Easy Guide

How to Add a WordPress Contact Form without Plugin