What is a Good Net Promoter Score to Have? 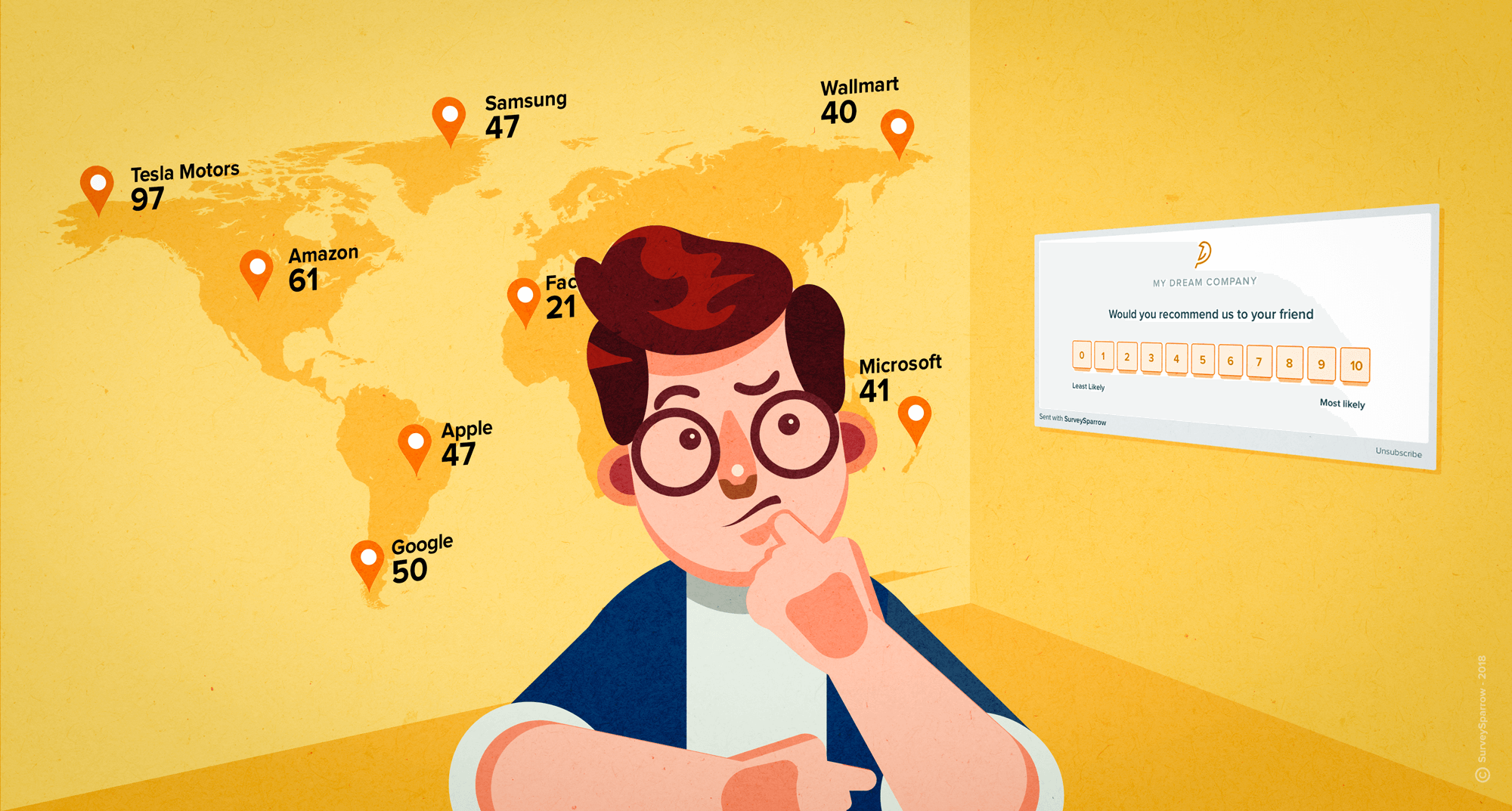 Is there a good and bad NPS* score?

What is a good Net Promoter score to have?

Isn’t NPS just a number? What can it tell about my chances?

How good should an NPS be to call oneself successful?

Do you harbor similar questions? Or are you puzzled by what your NPS means to your business? Fret not, for you are not the only one! In this blog post, we’ll guide you through this seemingly baffling concept (it’s not in reality, I promise) and discover what your NPS tells about your business.

“It’s not the score that matters; it’s what you do with it to make Promoters that really counts.” – Fred Reichheld, Bain & Company

Let’s start at the beginning. As a simple metric that illuminates your customer loyalty towards your brand, NPS is an intimidating concept. You might already know that NPS can range anywhere between -100 to 100.

At -100, every one of your customer is a Detractor, meaning they are very unhappy with your services and wouldn’t recommend you to anyone else. I winced typing that!

On the other hand, a perfect score of +100 is possibly the highest net promoter score, and that would mean all your customers, every last one of them, are happy and find your product/service highly recommendable. Before you get your hopes up, let me remind you that such a scenario happens only in Utopia. Anyway, the number you scored in the NPS scale sheds light on if you are already at the top of your game, or if there is plenty of room for you to improve.

Are you still yet to calculate your Net Promoter Score? Use this Free NPS calculator to discover where your company stands in the grand scheme of things.

Is Your Score a Negative? Ouch!

A negative net promoter score means that your brand has more unhappy customers and negative word-of-mouth than people who enjoyed the experience you offered. It can’t be good.

A negative NPS shows that you are neck-deep in trouble. Something, if not everything, is going wrong and things demand to be fixed if you plan to survive. A negative NPS shouldn’t be dismissed at any cost, or you’ll make the fatal mistake of not realizing how dire the situation is for you.

However, there are certain industries, which, by nature, is destined to create more unhappy customers than the happy ones and still manage to sail smoothly. For instance, in an experiment by Net Presidential Score, they used NPS to measure the sentiment of the voters towards each US presidential candidate. Interestingly, both Hillary Clinton and Donald Trump scored well below zero. Ironically, even a negative NPS score can be considered ‘good’ in politics!

Unless you are in the few industries where negative is the norm, a negative NPS should be taken as your wake-up call! Click To Tweet

This means you have more Promoters, i.e., customers willing to advocate your brand than those who’d readily ruin your prospects. You are not in a bad place to start.

Based on the global NPS standards, however, any score above 0 would be considered “good”, with 50 and above classified as excellent, and 70 or higher as world-class. 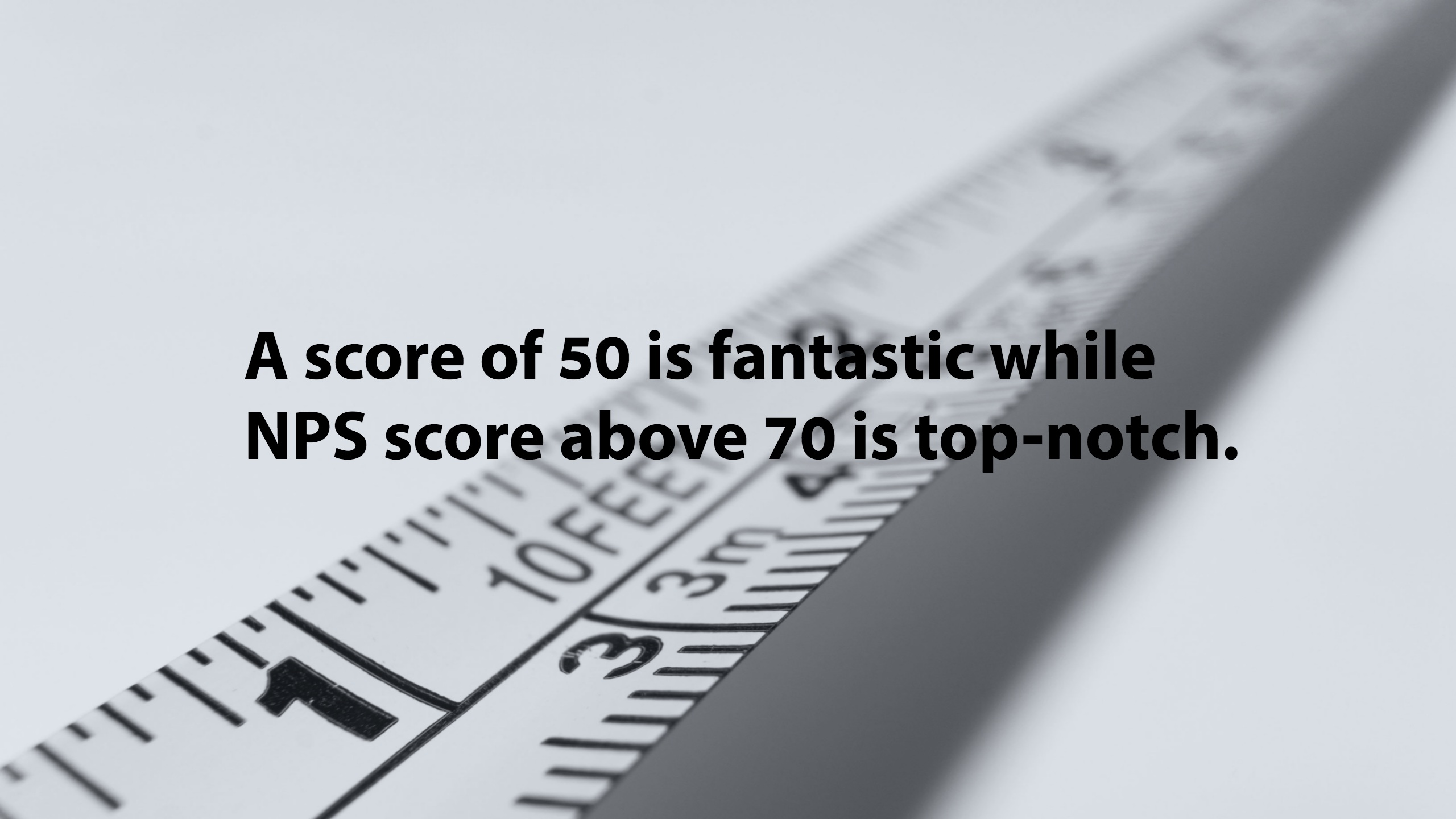 While any positive score can be considered good, what particular score can be deemed good enough for your company? NPS is a powerful growth indicator; we can all agree. And a positive score is encouraging news since you were given more thumbs-ups than boos.

Do you know the Average NPS of your Industry?

As we mentioned before, procuring a score above zero is good because that indicates the promoters have got your back. But the fact is that you are surrounded by highly competitive counterparts. You can’t be happy with an overall NPS of 1 or 2 while your competitors obtain a 20 or 30. Nor should you bite more than you can chew when you get a negative NPS score.  For instance, the average NPS score for a property management company is -3. Which means that winning over even one more Promoter beats the average of the industry.

All this boils down to providing a remarkable customer experience. The race is on and it is imperative to know where you stand. It’s all about improving your overall NPS score with each survey. But how aggressive should your actions be? When and at what point should you start?

All this calls for a comparison of NPS scores. Does that mean you can compare your NPS with any of the brands’? NO! Comparing the NPS of Netflix with that of Tesla’s is not going to make much of a difference. Both the brands belong to different industries.

The average NPS varies from one industry to the other. Let’s say you are a SaaS company. The average Net Promoter Score of your industry will be very different from the average score in the hospitality industry. The golden rule is to look at how well your competitors score and use that as a benchmark to see how you stack up. An NPS score benchmark is indeed the need of the hour. You’ll thus have a clearer idea of where you stand and what your aspired score ought to be. So, the point is to know the average Net Promoter Score by industry and build a score pertaining to it. 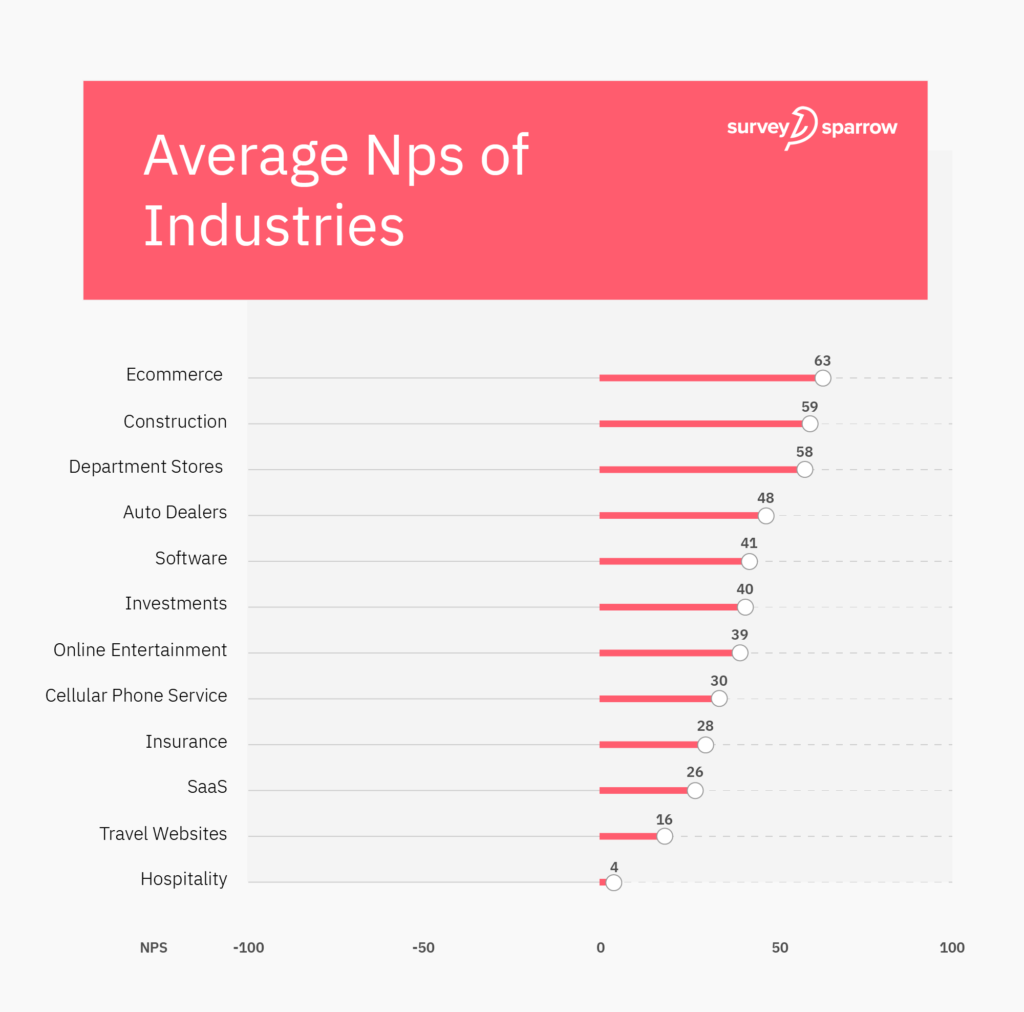 Does a Really Good NPS Even Exist?

There is no definite score which is considered perfect. Prominent, high-growth companies from the US such as Amazon, Harley-Davidson, Zappos, Costco and Dell, generally attain NPS efficiency ratings of 50–80. However, according to Bain & Co, a Net Promoter Score of 5 to 10 is the average for most companies – their unhappy customers are just as many as their happy customers.

But then, it is important to emphasize that there isn’t a certain number to look up to because it varies from business to business and industry to industry. A good NPS score is not an altogether elusive concept though. A really good NPS score is when you’ve scored higher in your recent survey as compared to the last one. No matter which industry your company belongs, you can still aspire for the ultimate score of 100, as long as you understand that it isn’t a realistic goal- not just for your company, but for every other business in the planet.

Have You Contextualized Your Score?

NPS, while an important metric, wouldn’t mean anything until you contextualize and analyze it. You can contextualize your NPS with the absolute method or the relative method. The absolute method involves comparing your score to a loosely agreed upon standard for what a good score is, across all industries. The relative method involves comparing your score to other companies within your industry.

Absolute scores are hard to make use of since there are vital differences across industries, regions, customer segments, and such. We recommend that you choose the relative method and analyze your score in the context of other companies of the same category. 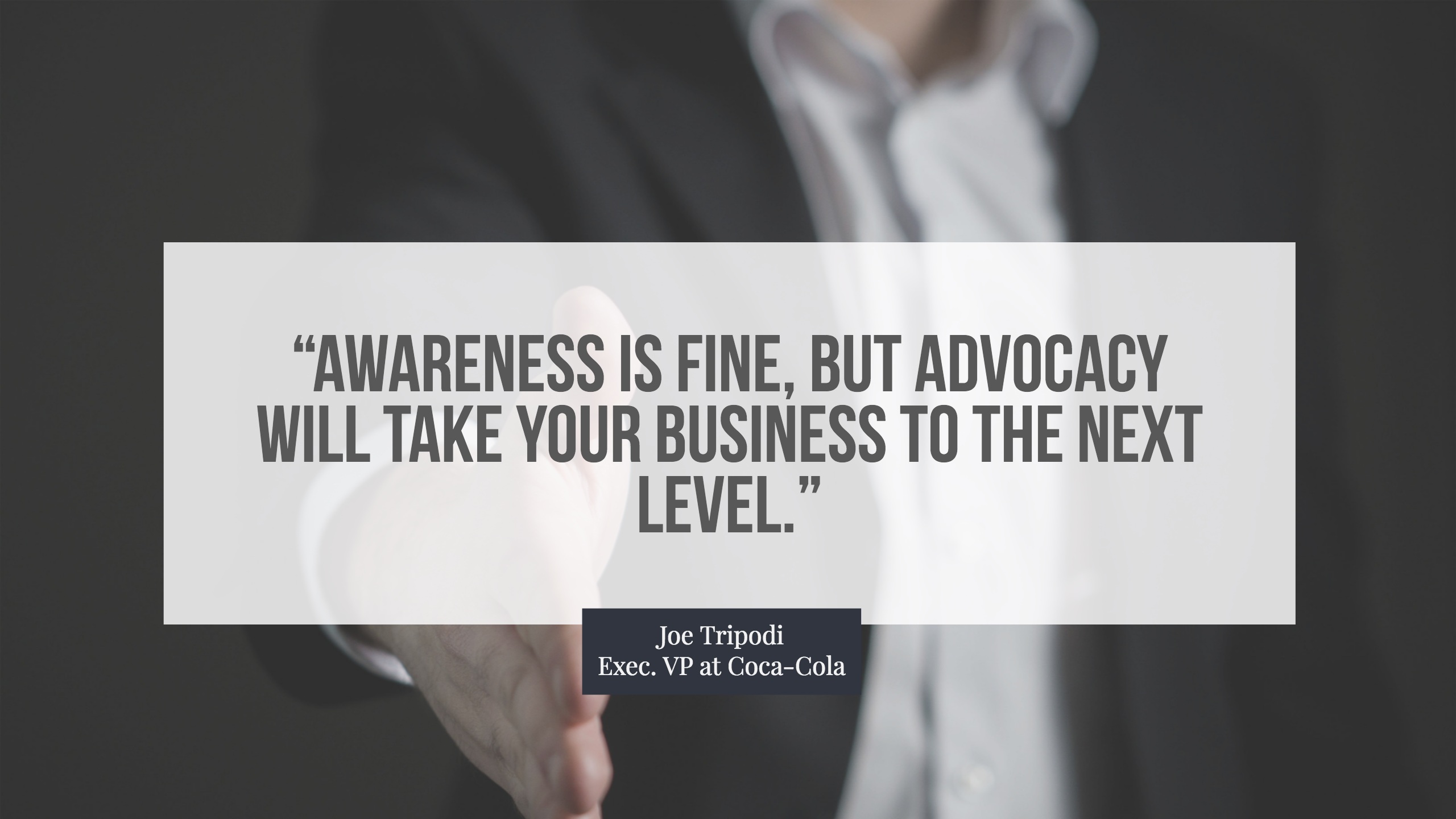 Is Your NPS Growing?

The Net Promoter Score by itself is largely meaningless unless you work on improving it. Click To Tweet

It is a highly valuable piece of information because it permits a company to understand their place in their industry as a whole, rather than just their own credibility in a void. But NPS surveys shouldn’t be a one-time investment.

How Often Do You ‘Close the Loop’?

Perhaps this is the most critical of questions that should be asked when NPS is being discussed. How often do you ‘close the loop’? Do you let your customer feedback disappear into a black hole?

There is a chunk of Detractors in your NPS surveys that are very pliable and only a few degrees away from becoming a satisfied customer. Your job is to identify them and optimize the opportunity.

A sort of Jill-of-all-trades! Enchanted with storytelling, fascinated with startup life. 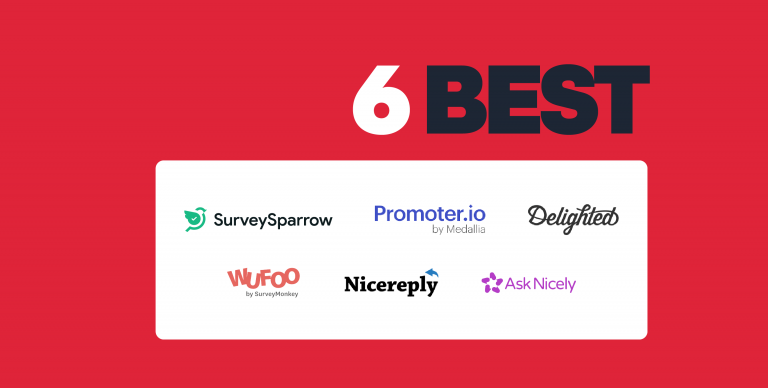 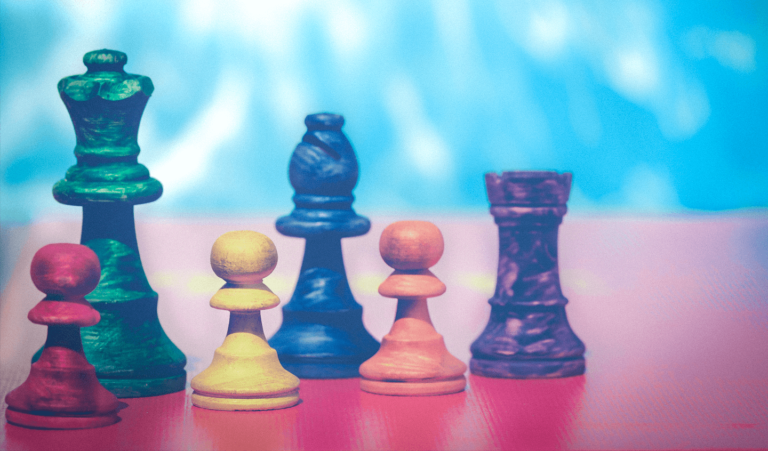 How to Interpret the Results from Your Customer Satisfaction Survey!

Tired of Awful Surveys? We’re too!