What is Gantt Chart | A Comprehensive Guide 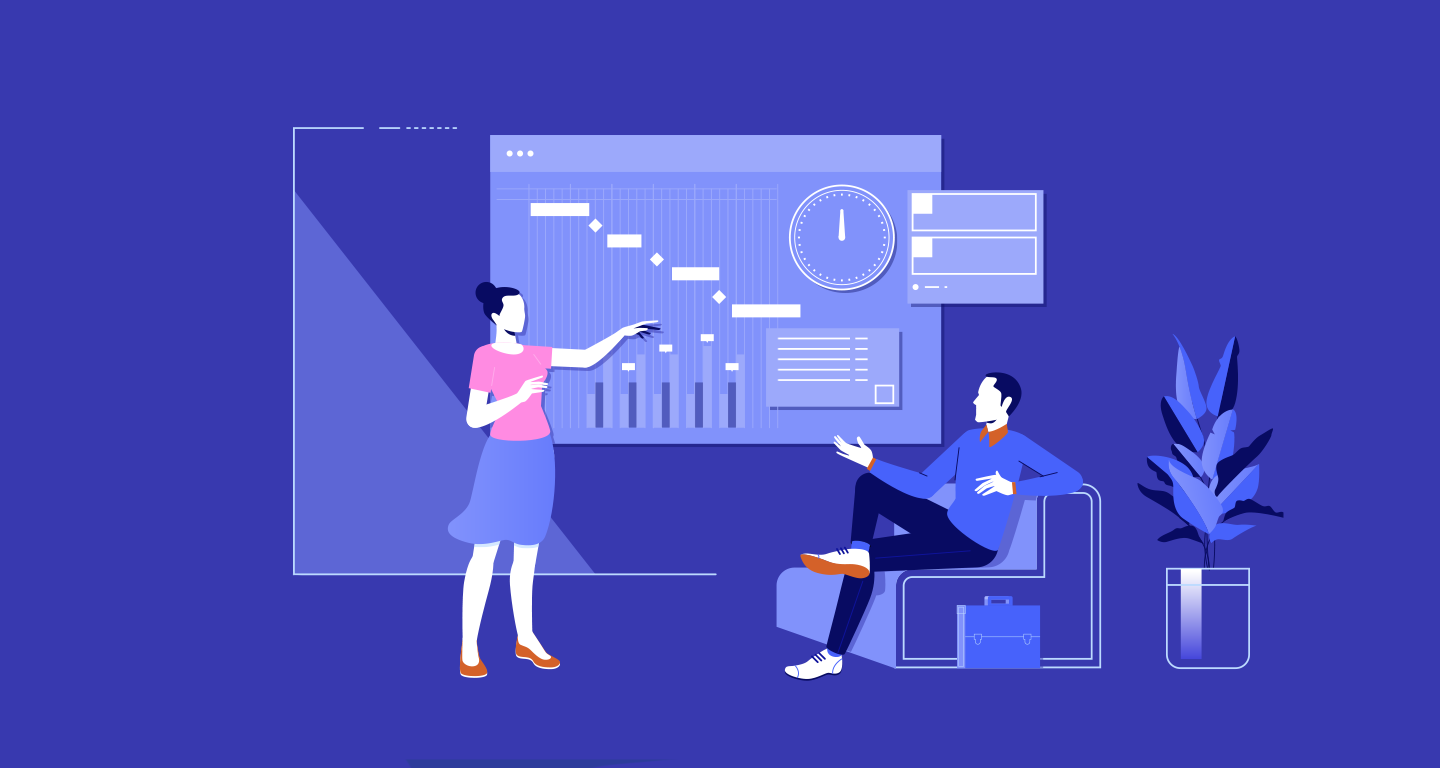 Since 1990, Masterchef has helped amateur cooks fulfill their dream of a career in food. Sarah Todd is one such participant of Masterchef Australia (Season 6). She went on to start her restaurant, Antares. Not in her hometown, but in Goa, India, nearly 4000 miles away from home. In her interview with SBS Network, she says this journey was not a fairytale but a hard slog. After watching the show, we think her journey would have been much smoother if used some Gantt charts tools.

So What Is A Gantt Chart?

By definition, a Gantt chart is a graphical depiction of a project schedule, of tasks or activities performed against in time. It is a visual depiction of a project with its various activities broken down and displayed on an easily comprehended chart. It is a bar chart that shows the start and finish of different elements of a project, such as resources, milestones, tasks, and dependencies. Simply put, a Gantt chart is a bar chart that provides a visual view of tasks scheduled over a period of time.

Initially called Harmonogram, a Polish engineer by the name Karol Ademiecki devised these charts in 1896. Since it was in Polish, much of the English-speaking world was unaware of this innovation. A decade and a half later, in 1910, Henry Gantt, an American mechanical engineer, worked on the same idea and popularized the concept. And his name stuck.

A Gantt chart is a top-rated tool in project management. At its core, Gantt chart schedules and tracks activities that need to be done within a fixed period. It is commonly used for tracking project schedules.

There are some tools and #resources at your disposal that make it easier to keep an eye on your #projects and prevent them from running off the rails. #Ganttcharts are a great place to start. https://t.co/Q7d6dGfHOf pic.twitter.com/tYYU1QKd3s

If you look at a Gantt chart, you will find the tasks to be completed on the vertical axis. The scheduled time-spend is spread on the horizontal axis. Each task is represented by a bar that shows the time required for the project.

The bar usually shows a percentage of tasks that have been completed. It also indicates dependencies, which means the interlinkages between various activities in the project. When you input tasks, their start dates, end dates, and dependencies, bars will populate, representing task durations. In a Gantt tool like a Gantt chart software, this will happen automatically and save you a lot of time.

Let’s summarize what a Gantt chart can tell in a glance:

A Gantt chart is a super-efficient way to ensure that your project team and stakeholders are all on the same page, from start to finish.

While Gantt Chart is a powerful project management tool, an online platform like SurveySparrow is a data collection tool that empowers a company’s overall growth. Conduct surveys to capture real-time secured data from your respondents. Analyze the survey data to gain rich insights. Features like advanced filters, cross-tabulation, real-time reporting allow you to understand your market better. 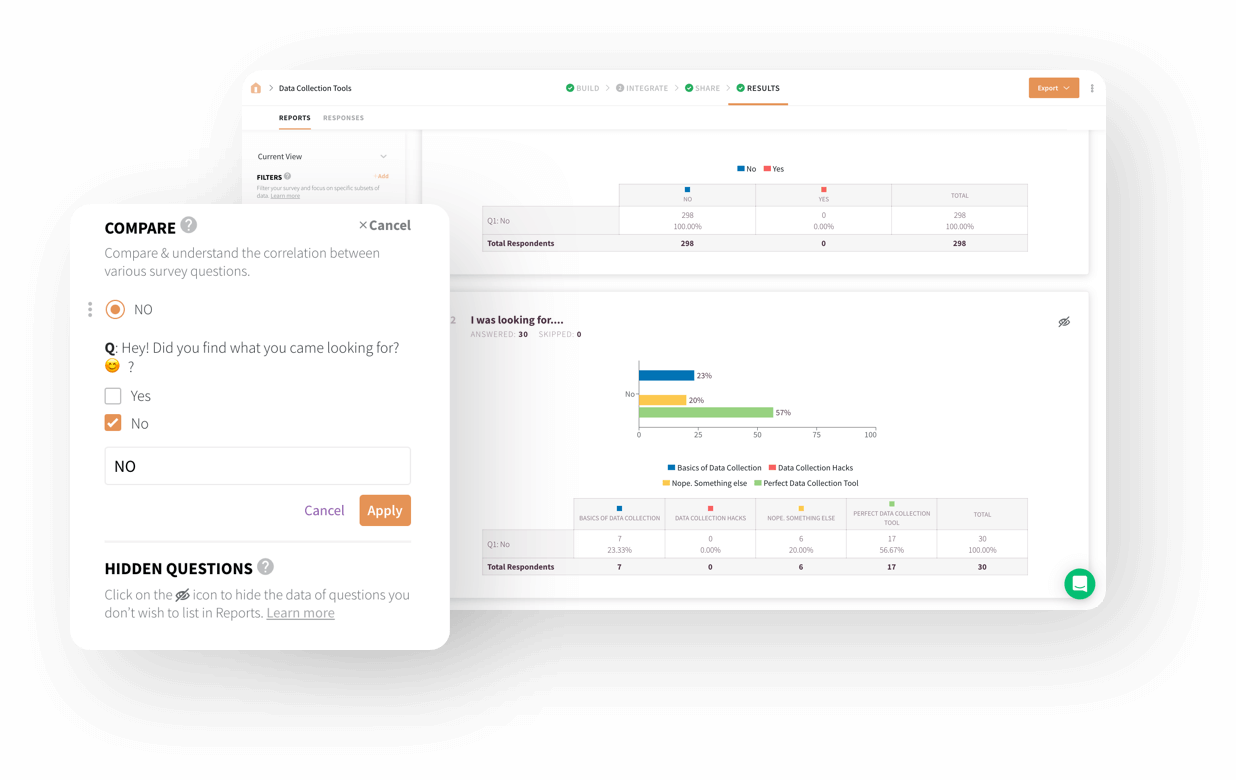 To understand how SurveySparrow can help your business thrive, you can sign up for FREE!

To a first-time user, a Gantt chart will look like a lot to process. Some lines seem to build unequal and uneven stairways leading to Cruella De Vil’s taxidermist. Fear not. Let’s take a step-by-step look at Gantt charts. Trust us, Gantt charts do not have a violent ending.

As we discussed earlier, a Gantt chart is plotted on two lines. The tasks are listed in the order of occurrence vertically. The time to complete these tasks is marked on the horizontal axis. The following are the essential elements of a Gantt chart template:

Any project manager worth his salt will swear by his Gantt chart. A Gantt chart can quickly give the project’s status in a single glance from scheduling, managing, and monitoring specific tasks and resources in a project. The chart shows the project timeline and aids project managers in communicating project status or plans, and also helps ensure the project remains on track.

If you meet any of the following, you are likely to find a Gantt chart in their computers:

Gantt charts are a versatile tool that can find utility in a myriad of sectors. Some of the common industries that use Gantt charts to plan, schedule, and execute their projects are:

Construction is an industry where one change in plan can have a ripple effect in all other activities. This can increase costs as well. The project manager can broadly divide the project into three major phases, i.e. Pre-construction, Construction, and Closing. Scheduling smaller tasks to crew and subcontractors will keep the clients and stakeholders informed at every step of the process.

Consulting agencies often have the same team members working with different clients. Having a Gantt chart can sort out the chaos that can arise within the team. Developing a separate Gnatt chart for every client and measuring the progress on each client’s requirements can make it streamlined and effective. Spotting risks before they blow up into problems will save face and precious contracts. With teams collaborating and communicating seamlessly, resource management is easy as pie.

Every Apple user eagerly awaits its new product launch every year. But simply developing a mobile or other devices alone cannot ensure a successful launch. In Apple’s case, the marketing team begins planning for the following year’s launch immediately after the current year’s launch. Once the new device ready for sale, the marketing team coordinates with its different teams, scheduling the launch across different platforms. This also includes creating an initial “buzz”, teasers in various media, and, more recently, attracting maximum views to the live stream of the launch on their YouTube channel. Plotting all this a Gantt chart can streamline the entire process and make the launch successful. Here’s a sample Gantt chart for a social media campaign.

It’s hard to control when your creative juices are flowing, and you want to display it to the world. It could be a singular ad or dance video that went viral. Consistency is key to success. If your timelines are loose, if you don’t stick to a schedule – script, shoot, edit, post – there is no way you will gather followers organically. And that is just the beginning. Using Gantt charts for creative project management simplifies planning so you can jump into work that matters faster without losing sight of the deadline.

Manufacturing is one area where so many tasks are interdependent. It is also where unexpected delays can happen. As a project manager, you need to have all the data visually available in one place and deciphered easily. When you have people and resources spread over projects, a unified view helps prioritize tasks, prevent bottlenecks, make efficient use of resources leading to quick and effective decision making.

Many employees often undermine or limit the role of the HR to some who hires and fires, often ignores their complaints, and wishes them Happy Birthday. Employees are the most critical asset of any organization. Human Resource managers have to deal with the most challenging type of strategic management. HR managers should be able to manage multiple human resource projects at a macroscopic level. Using Gantt charts can help achieve just that.

An average software takes 4-9 months to build a piece of custom software, from inception to completion of testing and release. Now add remote working, flexible working hours, and this pandemic. A gazillion things could go wrong.

Starting from Slack integration to building the framework, testing for bugs, and launching, a Gantt chart can smoothen the process, with little or no chance to fail. AND within budget.

Be it an event marketing plan, a conference event plan, or just your perfect wedding, can you imagine how much easier it can be with a Gantt chart? Weigh that against a never-ending and exhausting to-do list. Nope. Gantt charts are the way to go.

For instance, in the wedding planning business, right from the kick-off meeting to the point the couple sets off for their honeymoon, anything goes wrong. You will have a Bridezilla to deal with. Look at it:

We could go on, but you get the drift. No rom-com or TV series can fully explain what goes on behind a lavish wedding as a Gantt chart can.

Why Are Gantt Charts So Important?

While there are several reasons to use Gantt charts, here are four reasons Gantt charts are so popular:

Gantt charts were created to keep users on track, providing a visual timeline for starting and finishing specific tasks. With a visual overview of milestones and other key dates, these projects are easily understood. Tracking of timebound tasks and deliverables can be tracked daily, weekly, monthly, or yearly.

Keep Everyone on the Same Page

With a visual framework for the work to be done, chances for misunderstanding are minimized, especially in highly complex tasks. Gantt charts share the same information, set mutually understood expectations, and work in tandem to the end goal for all stakeholders.

A picture speaks 1000 words. Stakeholders see how various tasks are interrelated and sometimes rely on completing another to meet pre-determined objectives. This understanding can better assure the optimum workflow, maximized productivity, and overall project success.

By looking ahead on the Gantt chart, users can determine where resources need to be anticipated, allocated, or shared for optimal use of those resources. When the chart is monitored closely, not only can delays be reined in, but there can also be control on costs.

So What Tools Make The Best Gantt Charts?

Some of the best and popular Gantt chart tools are listed below: 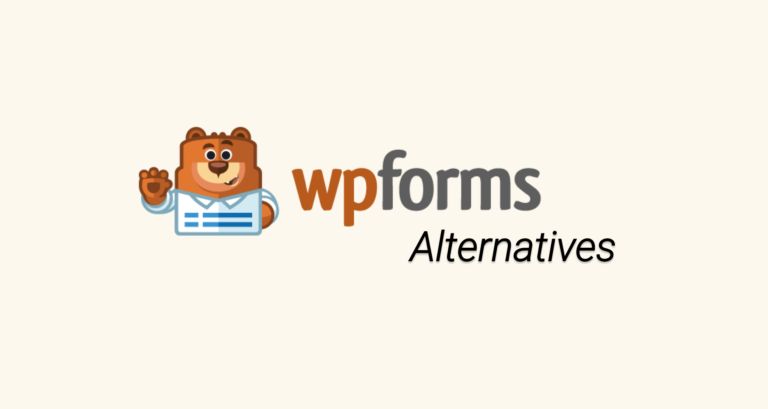 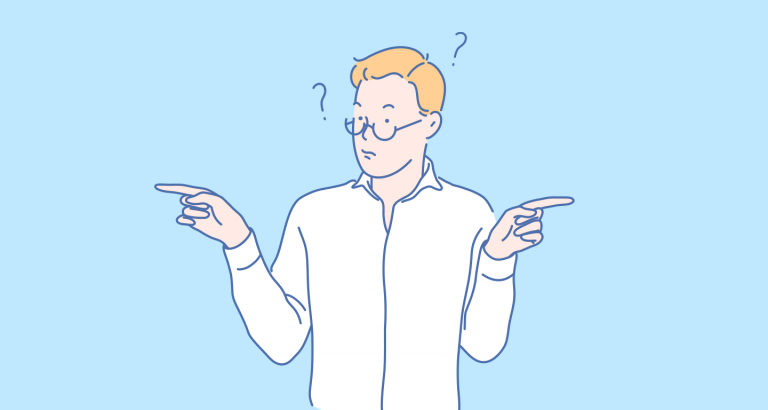 How To Understand The Customer Decision Journey ? 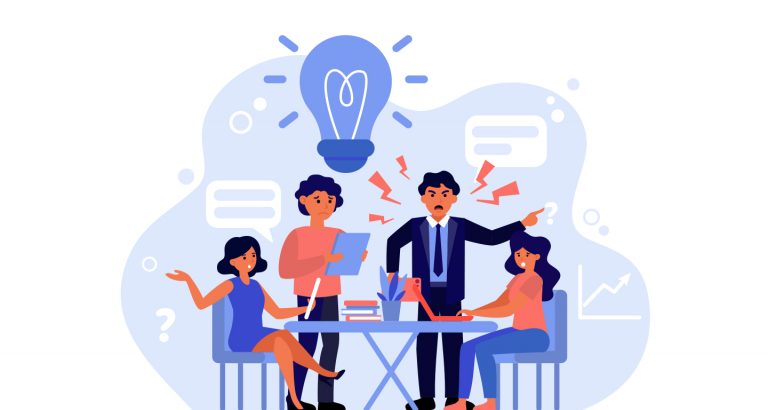 How to deal with a Difficult Boss

Stay ahead of your competitors with higher response rate from your audience. Get started for FREE!