What is the Times Interest Earned (TIE) Ratio? 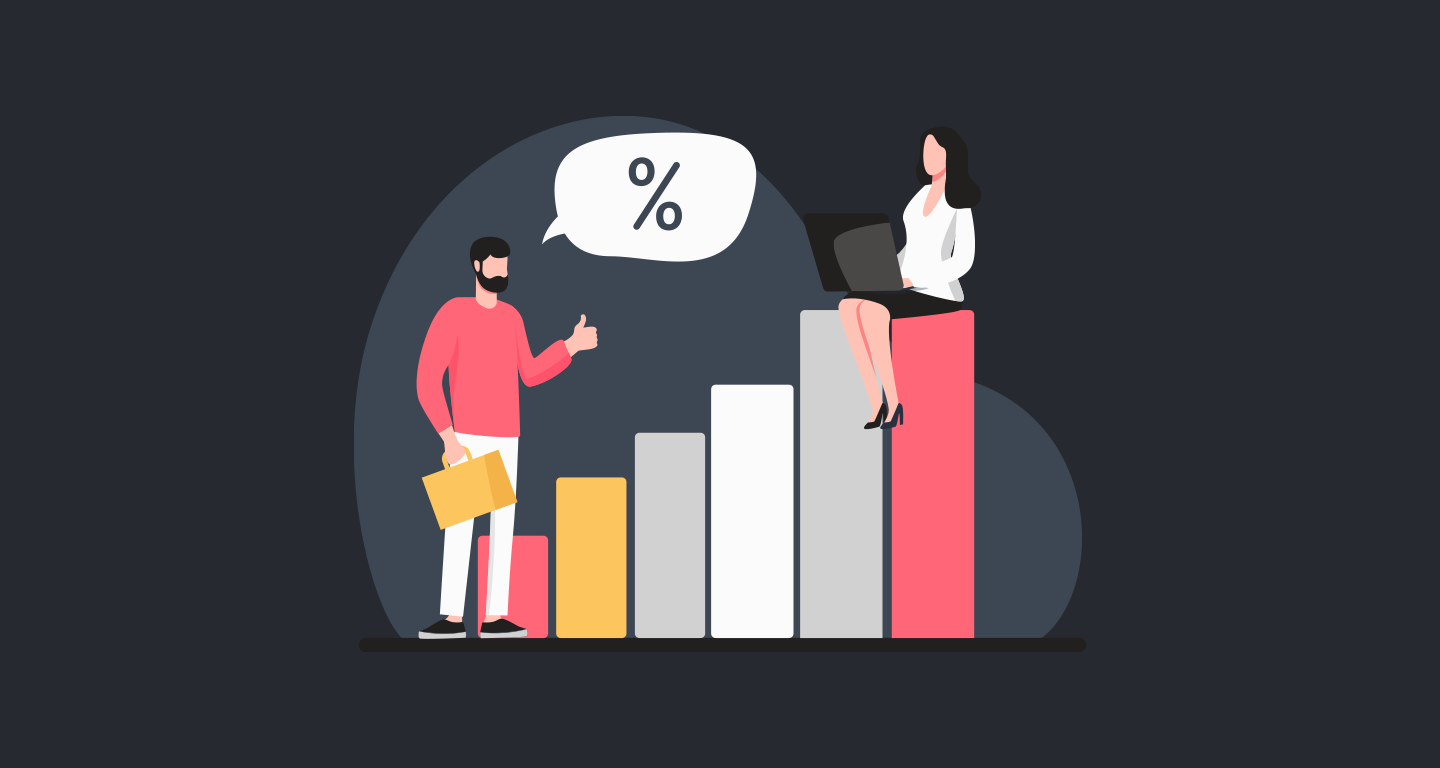 Times Interest Earned (TIE) ratio is the measure of a company’s ability to meet debt obligations, based on its current income. It is also referred to as the interest coverage ratio.

In this article, you will learn the following:

Click to jump ahead to the part that interests you.

The TIE ratio is used when a company decides to look for debt or issue the stock for capitalization purposes.

A business that makes a consistent annual income will be able to maintain debt as a part of its total capitalization. Consequently, creditors or investors who look at your income statement will be more than happy to lend to a business that has been consistently making enough money over a long period of time.

SurveySparrow’s Profit & Loss Statement template is a free and customizable tool that you can use to calculate the profit or loss incurred by your business in a financial year. You can try this (along with our complete software) for free for 14 days.

To give you an example – businesses that sell utility products regularly make money as their customers want their product. Most of these companies are usually funded by debt. Debtors are also happy to pay because they earn cash consistently.

But in the case of startups, and other businesses, which do not make money regularly, they usually issue stocks for capitalization. They will start funding their capital through debt offerings when they show that they can make money. In this case, lenders use the Times Interest Earned Ratio to check if the company can afford to take on additional debt.

To give you a clear understanding of the times interest earned ratio, let’s say that the value is 4. What does it mean?

It implies that the company will meet its long-term debt four times over, or that the income generated from their operations is four times higher than the debt that they owe. 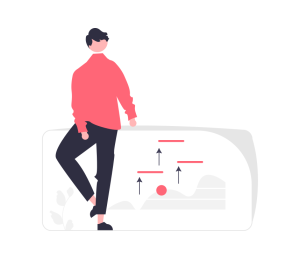 How to Calculate the Times Interest Earned Ratio?

The times interest earned ratio formula is expressed as income before interest and taxes, divided by the interest expense.

To elaborate, the Times Interest Earned (TIE) ratio, or interest coverage ratio, is calculated by dividing a company’s earnings before interest and taxes (EBIT) by its periodic interest expense.

Both the above figures can be found in the company’s income statement.

Usually, a higher times interest earned ratio is considered to be a good thing. But if the balance is too high, it could also mean that the company is hoarding all the earnings without putting them back into the company’s operations. For sustained growth for the long term, businesses must reinvest in the company.

In this case, the TIE ratio is 4.33. This ratio implies that the company can meet its debt obligations 4.33 times. 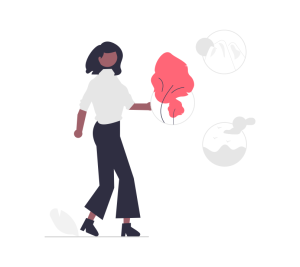 Is the Times Interest Earned Ratio Important for Every Business?

If you are a small business with a limited amount of debt, then the ratio is not all that important. It will not provide any insight into your business either.

When does it gain importance? If your business has debt and you are looking to take on more debt, the interest coverage ratio will give your potential lenders an understanding of how risky a business you are. It will tell them whether you would pay back the money that they are lending you.

Just like any other accounting ratio, it is advised not to compare your score against other businesses, but only with those who are in the same industry as you. It might not be necessary for you to calculate the TIE ratio, but when you are looking for funding from other companies, you will be calculating the Times Interest Earned ratio on a regular basis.

What does a High Times Interest Earned Ratio Signify?

If investors are looking to put more cash into your account, they will be happy to find that the TIE ratio figure is high. It also presents a lower risk for creditors in terms of solvency.

A higher times interest earned ratio could indicate the following:

For example, let’s say that the Times Interest Earned ratio is 3; that’s an acceptable risk for the investors. Businesses that have a times interest earned ratio of less than 2.5 are considered to be financially unstable.

However, just because a company has a high times interest earned ratio, it doesn’t necessarily mean that they are able to manage their debts effectively. If the Times Interest Earned ratio is exceptionally high, it could also mean that the business is not using the excess cash smartly. Instead, it is frivolously paying its debts far too quickly than necessary.

Is it possible to have a negative times interest earned ratio? 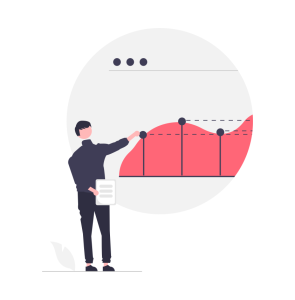 How To Overcome The Limitations Of Times Interest Earned Ratio?

If you want an even more clearer picture in terms of cash, you could use Times Interest Earned (cash basis). It is similar to the times interest earned ratio, but it uses adjusted operating cash flow instead of EBIT. When you use this metric, you are considering the actual cash that the business has to meet its debt obligations. 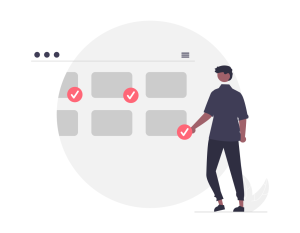 How To Improve The Times Interest Earned (TIE) Ratio?

Here are a few steps to consider:

While it is easier said than done, you can improve the interest coverage ratio by improving your revenue. The company will be able to increase its sales which will help boost earnings before interest and taxes. It will automatically improve the times interest earned ratio.

The opposite of increasing earnings is to reduce one’s expenses. If your company can find out areas where it can cut costs, it will significantly add to their bottom line. Streamlining their operations and looking for ways to cut costs on a 360-degree front will make it work.

When you go out of your way to consistently weed out expenses that can be avoided, you will find that your interest coverage ratio is also getting better.

When the company is able to reduce the debt, the interest rates will significantly reduce. But paying off the debt at one go might not sit well with your lenders as they were hoping to get interest. So you need to look at the terms outlined in your agreement, and the type of debt, so that you can reduce your debt significantly.

When you do so, it will reduce the company’s interest payments, thus making the interest coverage ratio much better.

If the agreement allows for it, you can change your financiers and go to a different lender. However, make sure that you renegotiate your interest rates to an even better rate than what you were getting earlier.

By doing this, you will be able to reduce the payments due to the lender. You will be in a position to have a much better interest coverage ratio.

Ensure that the company is in compliance with all the local laws that you are governed under. This will protect you against any fines that you might have to fork over for not complying.

Apart from this, the business also needs to ensure that there are no chances for fraud to occur. When frauds occur, it will result in a huge loss to the company, which will also affect its ability to pay off its debts. On top of this, it can seriously affect the relationship with the customers when they know about the fraud.

The times interest earned ratio measures the ability of a company to take care of its debt obligations. The better the ratio, the stronger the implication that the company is in a decent position financially, which means that they have the ability to raise more debt.

But it should not be the only metric that lenders should use to decide if the company is worth lending to. There are so many other factors like the debt-equity ratio and the market conditions which should be used to assess before lending.

The latter part is where online market research surveys can help. SurveySparrow is a survey tool that could help you get things rolling. Get in touch – we’re just a chat away. 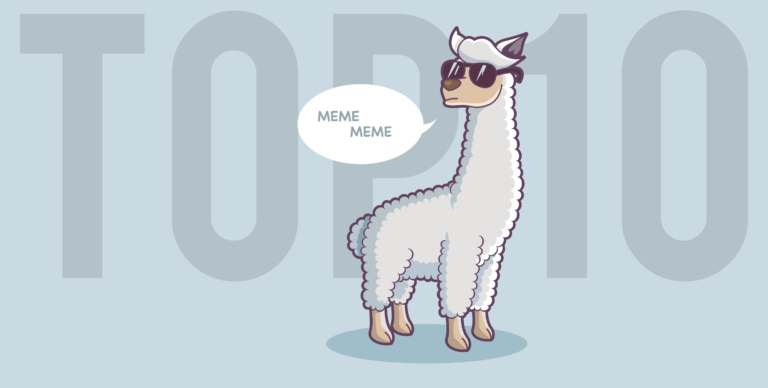 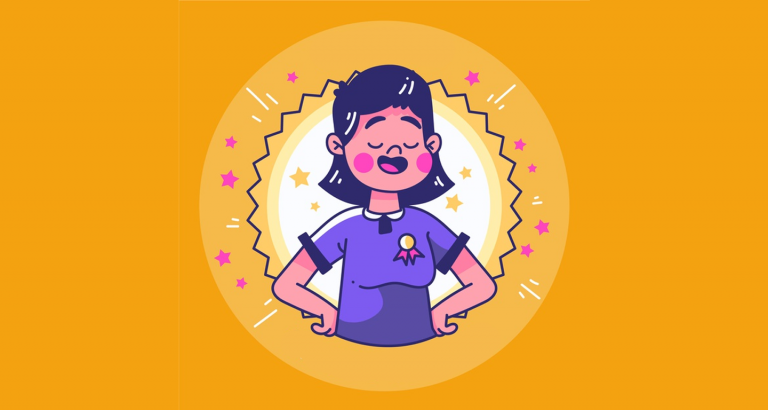 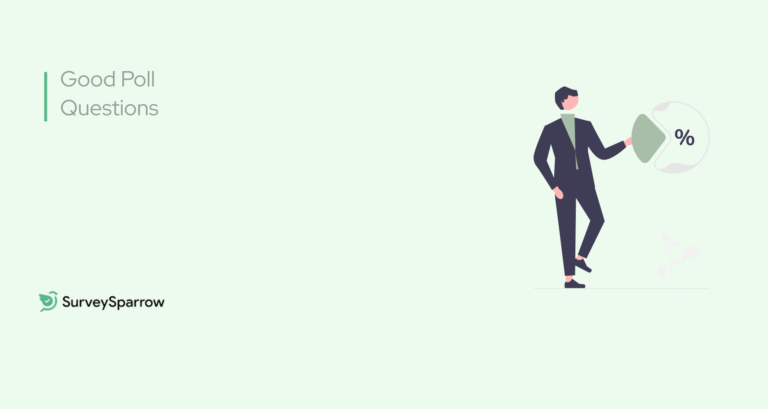 100+ Good Poll Questions For Every Occasion 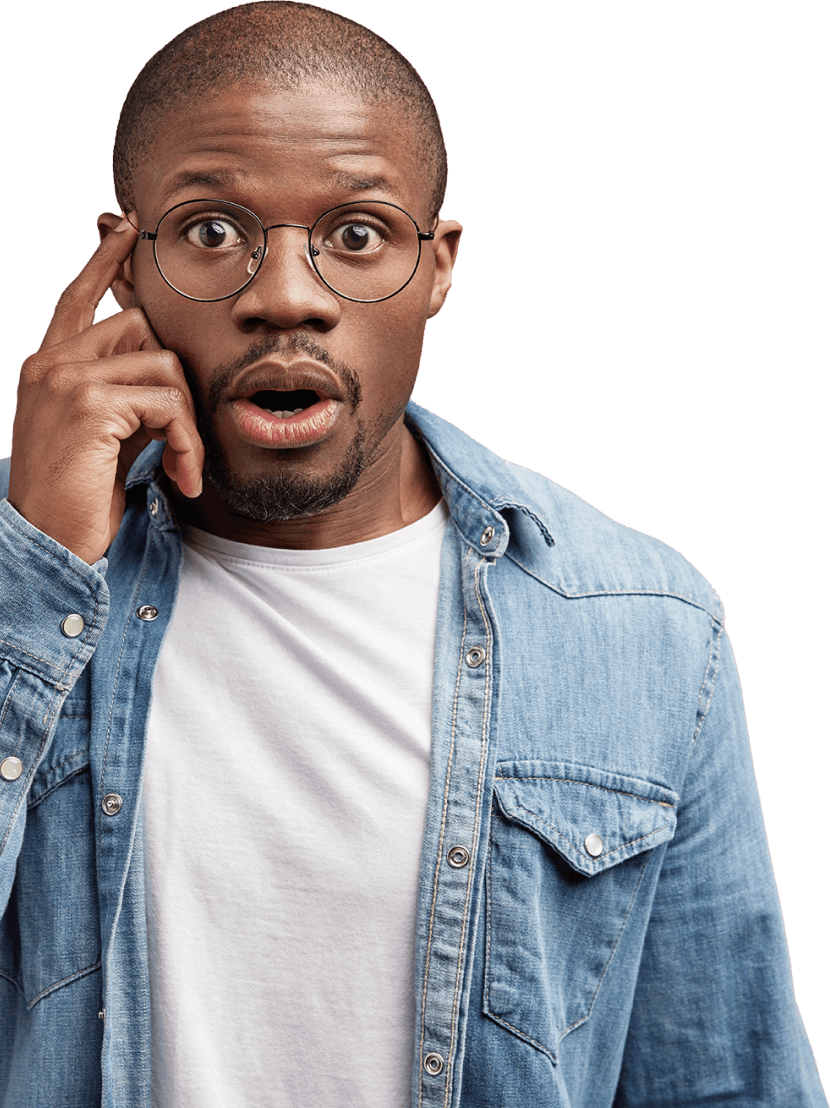 SurveySparrow Has Got Your Back! Design highly engaging surveys. And Not 10...not 20 but get 40% more response rate!