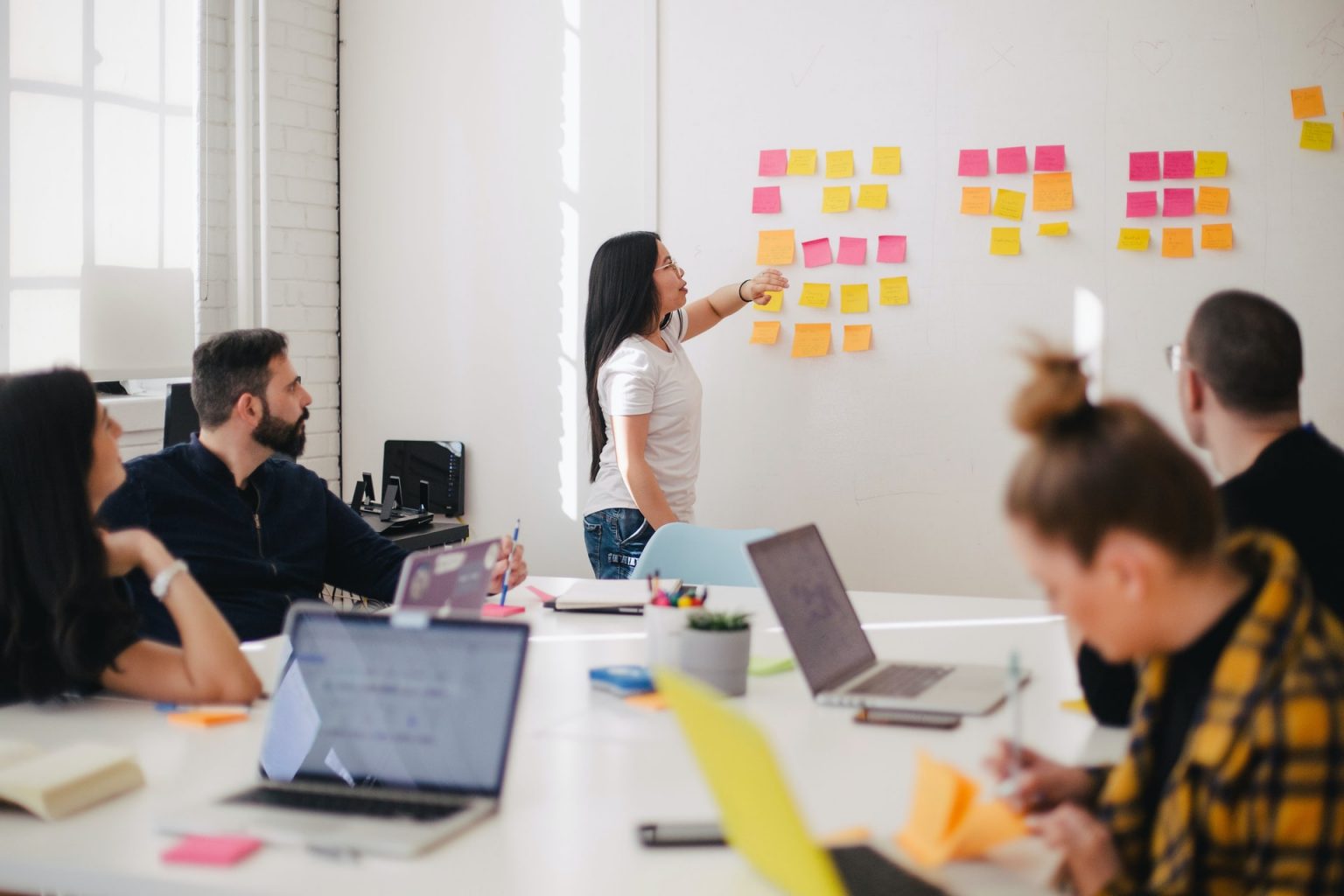 Data is the new oil. We believe in that, don’t we? Well, not exactly. Raw data can never be fuel unless it’s structured – and the sampling method we choose affects that structure. One such sampling technique is purposive sampling (also known as purposeful sampling).

If used correctly, the purposive sampling method generates high-quality data fairly quickly. In this article, we will:

Just get yourself a cuppa and dive deep into Purposive Sampling 101.

What Is Purposive Sampling? The Definition

The purposive sampling method is about selecting samples from the overall sample size based on the judgment of the survey taker or researcher. In other words, a purposive sample is collected according to the requirements of the test, survey, or research that it’ll be used for.

To explain it better:

Voila! That’s your purposive sample for this case. 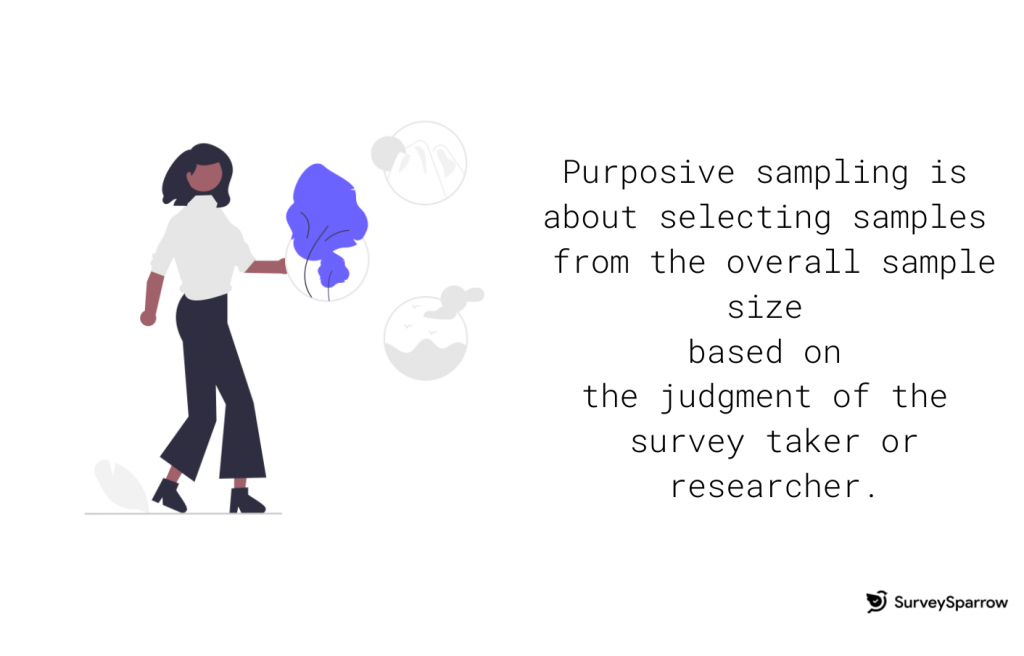 Researchers frequently use survey software like SurveySparrow to easily collect and visualize data from any size of sample. Start a free trial by signing up below.

How to Conduct Purposive Sampling

“How to use purposive sampling? Now I’m curious to know that.”

If that is what’s going through your head, we’ll not keep you waiting anymore. There are seven different ways of carrying out the purposive sampling method, and we’ll discuss them one by one.

Also known as heterogeneous sampling, maximum variation sampling is a purposive sampling technique that captures a wide range of perspectives relating to your study of interest.

In this way, we can search and form samples for different perspectives, ranging from typical attributes to the more rare or extreme ones about the ‘total population’ that provide a diverse range of cases for an experiment or event.

These attributes can be of the people, businesses, events, or raw data in the sample, depending on the researcher’s or survey taker’s requirements. They can also be behaviors, incidents, qualities, traits, experiences, or situations.

Researchers often use homogeneous purposive sampling when the research is about a specific trait, feature, or area of interest. This type of sampling is common in survey research –  a methodology to study specific areas of interest.

Typical case purposive sampling is used when the researcher or evaluator wants to study a phenomenon related to the parent sample’s typical (average) members.

For example, if a survey taker wants to understand how inflation affects people with average income, then only average income earners will be selected from the overall sample.

We use extreme case sampling to study the outliers from a set norm for a particular phenomenon or trend.

So, we will choose those not falling within the norm for an experiment’s requirement from the total sample. The reason behind this is to find why such anomalies occur and whether there is a pattern to them.

Critical case purposive sampling chooses one information-rich case to represent the population. The researcher expects it to reveal details that apply to other similar cases by studying it.

For example, to study crop patterns at different times of the year, a single village with frequently harvested land, a good water supply, moderate temperature, and adequate sunlight can be chosen instead of roping in multiple cases.

We use this method when the parent sample is small, and it’s easy to recognize at least one similar trait among them.

Expert sampling is used when the researcher needs to glean knowledge from individuals with particular expertise. This expertise may be necessary during the starting phase of qualitative research because it can help highlight new areas of interest.

The investigated expertise later forms the basis for further sampling and evaluation. Expert samples are helpful when there is a lack of evidence or prior knowledge in an area with high levels of uncertainty. 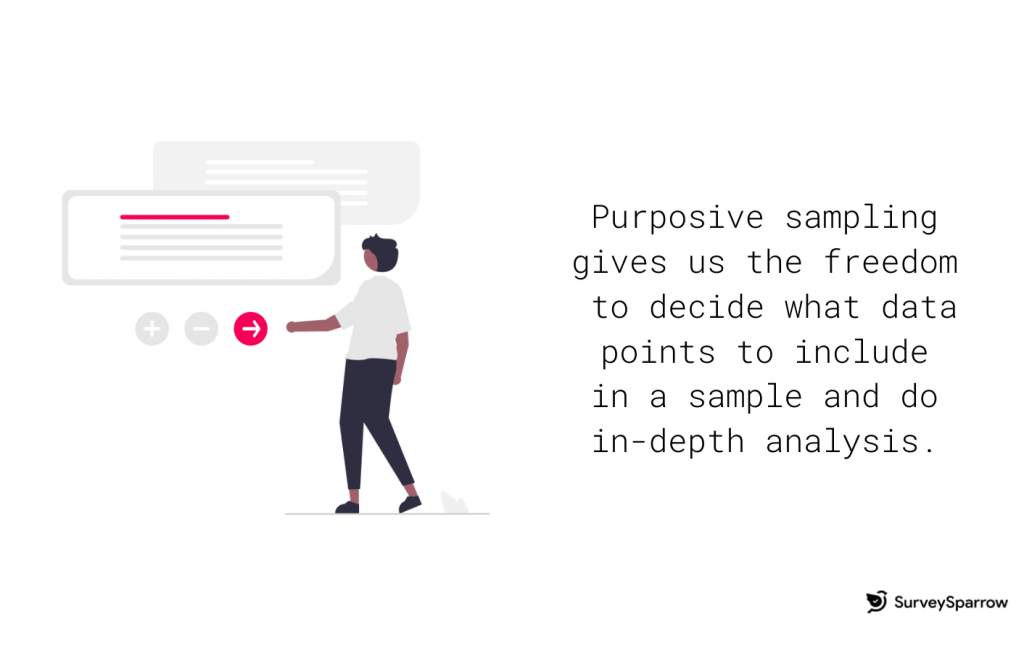 Purposive Sampling Examples and Use Cases

Use case #1: Choosing a Candidate

The first and most obvious example of purposive sampling is choosing skilled candidates for a vacancy.

One can call it a classic case of expert sampling; a panel of seniors who are themselves experts/adept at the role select a suitable sample to get the necessary result – hiring the best candidate for that role.

An organization trying to launch a new food product will first survey a few food scientists about it. They’re the subject-matter experts; hence their opinions will shape the final product.

It is a case where the company doesn’t know much about a subject but creates a sample of people who do. That’s again a great example of purposive sampling.

Suppose you’re studying Buddhism as a religion. So you select people from Malaysia, where nearly a fifth of the population practices the religion. The reason is that while China has the highest Buddhist population at 18.2%, it’s too large compared to Malaysia and therefore isn’t easy to sample accurately.

So here, we have an example of critical case purposive sampling, where a country or a particular city is selected for better and more accurate research. Since religion is a sensitive topic, this type of sampling is ideal for a more thorough study.

Purposive sampling is used extensively for educational research. For example, using a Student Feedback Survey to collect the students’ inputs about the education system, their choice of subject, the content, and literally anything else.

The Benefits Of Purposive Sampling

Purposive sampling gives us the freedom to decide what data points to include in a sample and do in-depth analysis. But that’s not all. Let’s talk about the less obvious benefits: 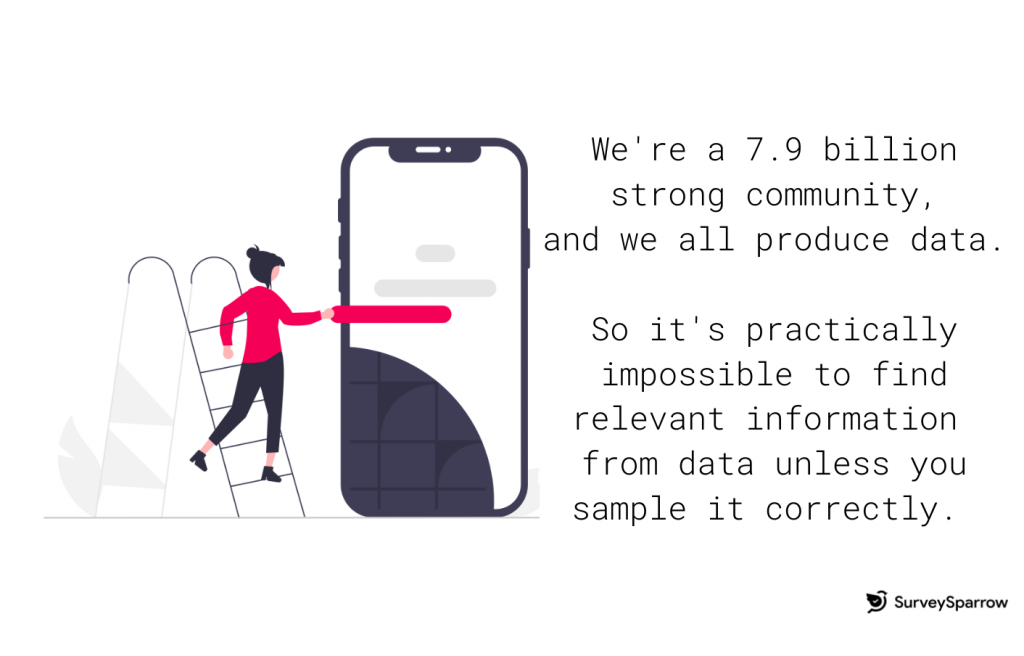 So while we’re discussing purposive sampling here, it makes sense to talk briefly about the other four, too. On we go.

With no further ado, let’s quickly discuss the 4 other types of sampling techniques. That’ll help you choose the best method for your research or survey requirements.

In random sampling, we select the final sample for any experiment or survey at random. So, within the entire data set, any data point has an equal chance of getting included in the final sample. The survey taker or researcher takes care to collect the samples randomly and that there’s no preference given to any data point.

Of course, it’s not the most efficient sampling method, but it takes way less time than others. Random sampling is a main method in large-scale experiments as it’s one of the least time-consuming ways of doing it.

This sampling method is ideal when there are multiple groups of known size within the ‘main sample,’ and you want to represent each subgroup fairly in the final sample.

For example, suppose the number of students in a college is 10,000. Based on their choice of majors, we can divide them into 10 groups, then the final sample will represent each of these groups in an equal ratio.

The major advantage of stratified sampling is how easy it is to administer the subgroups, which is not the case in random or purposive sampling. This makes estimating results for each subgroup a straightforward process.

Also known as quasi-random sampling, the stratified sampling method uses a selection pattern rather than choosing individually. Generally, the pattern helps us give a serial order to all data points and select every 10th, 50th, or 100th.

If used sensibly, systematic sampling is way more rewarding and convenient than random sampling while being practical. However, one real drawback is that the pattern doesn’t give an equal selection chance to all data points.

For example, suppose we need to select 1,000 families to know their happiness index. We choose the families through multistage sampling – first finalizing the cities to select families and then selecting a set number of families from those cities. It’s a cheaper method but less accurate than purposive sampling.

We’re a 7.9 billion strong community, and we all produce data. There’s an explosion of data everywhere. The area we live in, language, shopping, and eating habits are all data points. We can go on, but you get the point – it’s practically impossible to find relevant information from data unless you sample it correctly.

So coming back to our opening statement, we would say that well-structured data is the new oil! While purposive sampling has many benefits, the data won’t yield the information you need based on subjective assumptions and generalizations.

Looking for subject matter experts for your sample? SurveySparrow Audience offers custom audience panels to suit your requirements perfectly. Get in touch for a quote or contact us for custom requirements. 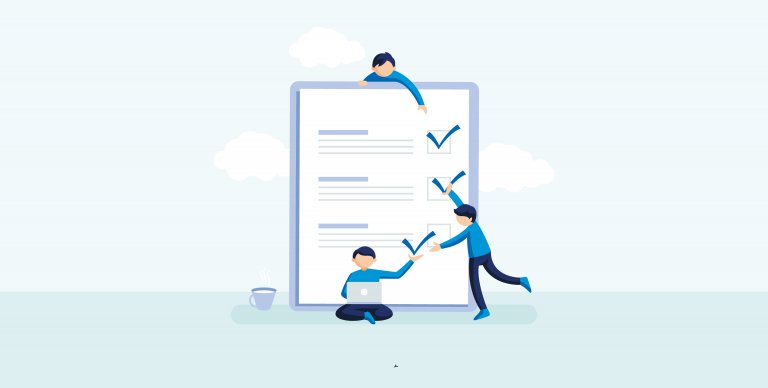 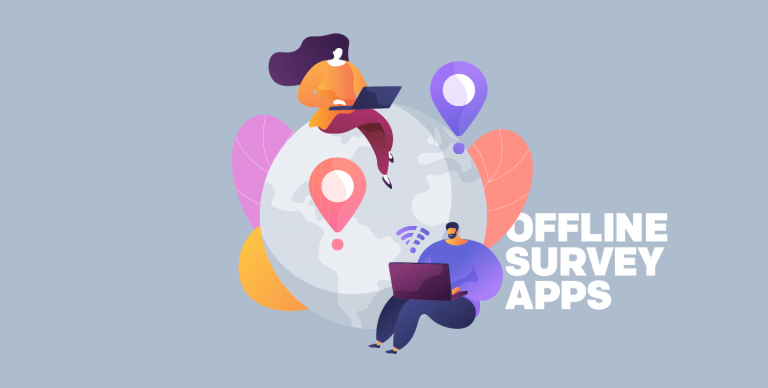 Offline Survey Apps: 12 Tools to Help You Get the Job Done 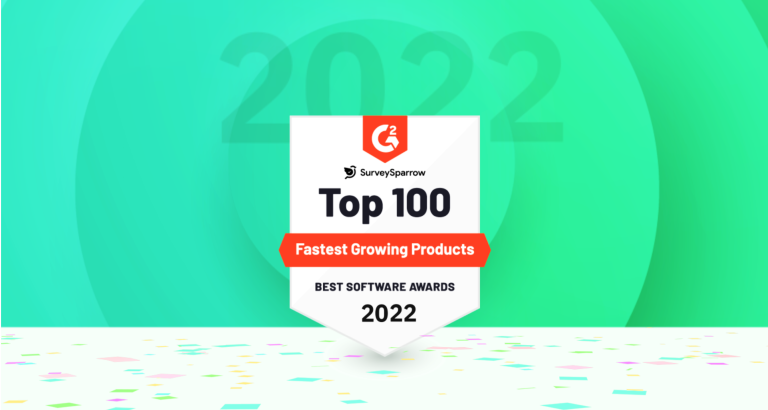