What Is Cryptocurrency? How It Will Change Our Future!

Do you remember learning about the barter system in school? It was the system human beings used for centuries to directly exchange goods with other goods before money was a thing. Of course, ever since we invented currencies, we haven’t looked back. But why are we talking about the barter system? Because we need to brace ourselves for the future of exchange: cryptocurrency.

Experts have said that cryptocurrency will be a foundational shift in how we as a world conduct financial transactions. It is often called ‘the future of money.’ But what exactly is cryptocurrency? And what will a crypto-driven world look like? We’ll take a look at these questions in this post.

Regardless of who you are, it’s likely that you’ve heard of the term cryptocurrency. You may have even heard words like Bitcoin, Ethereum and others thrown around. It’s because these currencies are heralded as the next big thing, so there’s a lot of excitement (and hence volatility) in the cryptocurrency space.

If you’re tired of encountering these terms and not knowing what they mean, we’ve got you covered at SurveySparrow. We’ll explain everything, from how cryptocurrency started, what it does exactly, and how it’s going to change our world.

What is Cryptocurrency, And How Does It Work?

Cryptocurrency is a digital asset that works as a medium of exchange. How is that different from money, you might ask? After all, most of our transactions with normal currency these days are digital anyway. The difference is mostly in how cryptocurrency is operated and controlled.

The major benefits of cryptocurrencies are that they are typically decentralized and anonymized. When you transact in dollars or pounds, you are in most cases relying on a private institution like a bank. A single central authority oversees the exchange of money.

In the case of banks, your money is also clearly tied to your identity, which would include your name, picture, signature and other identifiers. With cryptocurrency, we can say goodbye to all that. How? Answering that question will take us into how cryptocurrency works. Let’s dive in.

Cryptocurrencies are based on blockchain technology, a growing list of records linked together using cryptography. Blockchain was invented in 2008 to serve as a public ledger for Bitcoin, the most famous of cryptocurrencies. The idea is that crypto transactions are stored in different computers worldwide instead of a single centralized authority like a bank.

Blockchain is a decentralized yet impressively secure way of exchanging currency. Ideally, with the responsible use of blockchain and institutionalization of cryptocurrencies, we will be able to send and receive money around the globe without needing any banks or regulators. This decentralization of financial infrastructure gives cryptocurrency its charm.

You might ask: How can cryptocurrency grant anonymity while being secure? That sounds a bit shady. Well, the way it works is that all your transactions are linked to a unique key. The app or website you use to transact in coins might still collect your personal information, but the exchange system is completely anonymous.

If you look at a crypto exchange, you can see all transactions happening in real-time, and so can everyone else. That is how the validity of the transactions is upheld. Yet, you cannot link any transaction to a specific identity. That’s why blockchain-based transactions are considered to be more anonymous.

Investing In Cryptocurrency: Coins and Altcoins

The technology that cryptocurrencies use is tremendously futuristic, and that’s why investors of all kinds have been excited about crypto. Who wouldn’t want to invest in the future of money? But the cryptocurrency market is far from easy to navigate.

Since Bitcoin was invented, plenty of coins have come up based on its technology, and they are all different from each other. Some might just be memes, and others might be optimized for lower energy usage. These coins are collectively known as ‘altcoins’, meaning alternatives to bitcoin.

With a host of coins available on the exchange, you would need to know about them to make any sense of it. Investing in cryptocurrency without understanding its value is like gambling. You will never really feel confident about your investment. The volatile fluctuations in the value of the coins will not help. So here’s an introduction to the top cryptocurrency coins.

Bitcoin was invented in 2008 by an unknown person or group of people going by the name of Satoshi Nakamoto. The currency started trading in 2009, and one coin is currently worth US$40,000. When people talk about cryptocurrency as the future of money, they are often referring to Bitcoin. It is more popular (and hence more valued) than any other crypto asset out there. Just as a side note, that popularity might be falling as Elon Musk recently announced that Tesla would not accept Bitcoin anymore due to environmental concerns. The value of the coin has almost halved since the tweet.

This is not exactly an aberration. The price of bitcoin tends to be volatile, and heavy fluctuations are to be expected. But environmental concerns might mean that attention is turned towards less energy-intensive coins on the market.

Like Bitcoin, Ether (ETH) is also a cryptocurrency based on decentralized, open-source blockchain technology. Ether is the second-largest cryptocurrency after Bitcoin in terms of market cap. At the time of writing this article, Ether is priced at US$2800. Ether also uses significantly less energy for trades than Bitcoin, making it a more sustainable alternative.

Ethereum, the name of the blockchain network on which Ether is based, also has a smart contract functionality. Theoretically, this means that people would be able to enter into contracts upheld by the Ethereum network. This again does the job of eliminating the need for intermediaries to uphold contracts.

Dogecoin is a true child of internet culture. It was created as a meme by created by software engineers Billy Markus and Jackson Palmer. They created Dogecoin as a joke, just to poke fun at the excitement around cryptocurrencies. Why are we still talking about it? Well, it stuck.

In terms of market value, Dogecoin is nowhere near Bitcoin or Ethereum. It is currently trading at US$0.4 per coin. Since it was made as a joke, Dogecoin has no real value as an asset, aside from the fact that people want to buy it. That is also driven primarily by Elon Musk’s support for Dogecoin on Twitter.

In fact, after announcing that Tesla would no longer accept Bitcoin due to environmental concerns, Musk tweeted that he was working with Dogecoin developers to improve energy efficiency. That could sound promising, but Dogecoin would still be a risky gamble at this stage. It remains tough to imagine that Dogecoin would be accepted as a serious currency for trade and transfers.

The Future of Cryptocurrency

In 2021, the future of cryptocurrency is one of the most talked-about topics in finance. There is tremendous interest from investors in digital assets, and everybody wants to know what might happen next.

While we can’t exactly see a clear trajectory for cryptocurrency, we have some idea of how things might pan out. There are a few broad themes that tend to sway crypto markets. If you are investing in cryptocurrency, you should be mindful of these themes.

Cryptocurrency is famous for being volatile. In a single day, the value of a coin might straight-up double, and in the next day, it could just as easily be cut in half. That is just what the cryptocurrency market is like. But that has ramifications for the adoption of cryptocurrency by institutions.

Due to price volatility, the Chinese Banking Association recently warned its financial institutions against offering services in digital currencies. If the price of these coins does not stabilize, it will be harder and harder for them to be adopted as reliable currencies.

From an investing perspective, volatility means risky investments that can either yield astronomically high returns or just turn into rubble. That is why investing in cryptocurrency is not for the weak-hearted. The investing advice that’s going around is that you shouldn’t invest your life savings in cryptocurrency. Still, it’s good as one of the many parts of your investing portfolio.

The fact that all these trades, exchanges and mining needs to occur means that cryptocurrency uses a lot of energy. This fact about Bitcoin and other coins has become a major theme since Elon Musk pointed it out on Twitter.

There are two sides to this debate, and it’s definitely not settled. Believers in cryptocurrency argue that 70% of Bitcoin mining is done through renewable sources of energy. Another argument is that the adoption of cryptocurrency en masse will result in less energy consumption than our current financial institutions.

On the other hand, concerned environmentalists are looking for altcoins that consume less energy than Bitcoin. Ethereum is significantly more efficient in that regard, but there are emerging coins that might be more efficient still. In the conversation around the future of cryptocurrency, environmental concerns have now become a big theme.

Perhaps one of the oldest concerns around cryptocurrency that have persisted is regulation. Will governments give crypto exchanges free rein or work to contain it? Countries like Turkey, Nigeria and Bolivia have already banned cryptocurrencies, and bigger nations might follow. India has been threatening a ban on cryptocurrency for a while now.

The future of cryptocurrency will heavily depend on how governments react to these digital assets. Will there be a push to use blockchain technology in a more centralized way? Or will the dream of an intermediary-free financial system finally come true? We’ll just have to wait and see.

Regulatory announcements are huge drivers of the price of coins like Bitcoin or Ether. If you’re investing in cryptocurrency, it might be a good idea to keep an eye on such announcements. After all, the world of crypto-investing is all about being alert and making quick decisions.

Most people are asking about cryptocurrencies right now: will they succeed or die a quick death? If they do get adopted en masse, then early investors stand to benefit tremendously. On the other hand, a particular coin could just as easily lose all its market value in a couple of days. It’s a wild space to be in.

Benefiting from the crypto exchange is all about timing the market, though. And that means you could benefit from some market research. At SurveySparrow, we’re on the bleeding edge of what you can do with online surveys. You can use our tools to craft a beautiful survey within seconds. You could even send a survey to your fellow employees to find out the average level of interest in cryptocurrencies.

People holding on to their coins believe that more and more people will start investing in cryptocurrency as it becomes more mainstream. But if there’s one thing we know about the cryptocurrency market, it’s that it is wildly unpredictable. The best way to navigate this volatile atmosphere is to keep yourself updated and make smart financial decisions to minimize your risk while keeping your seat at the table. 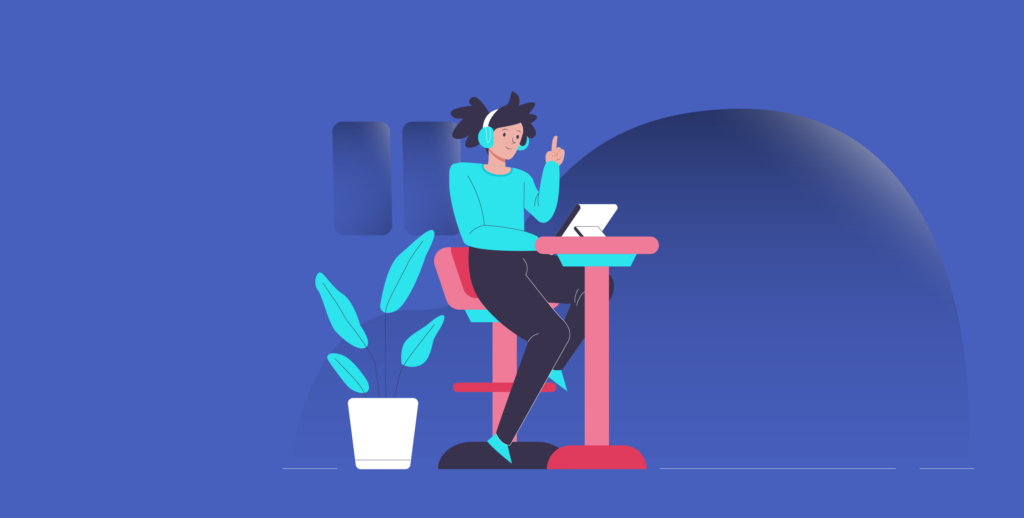 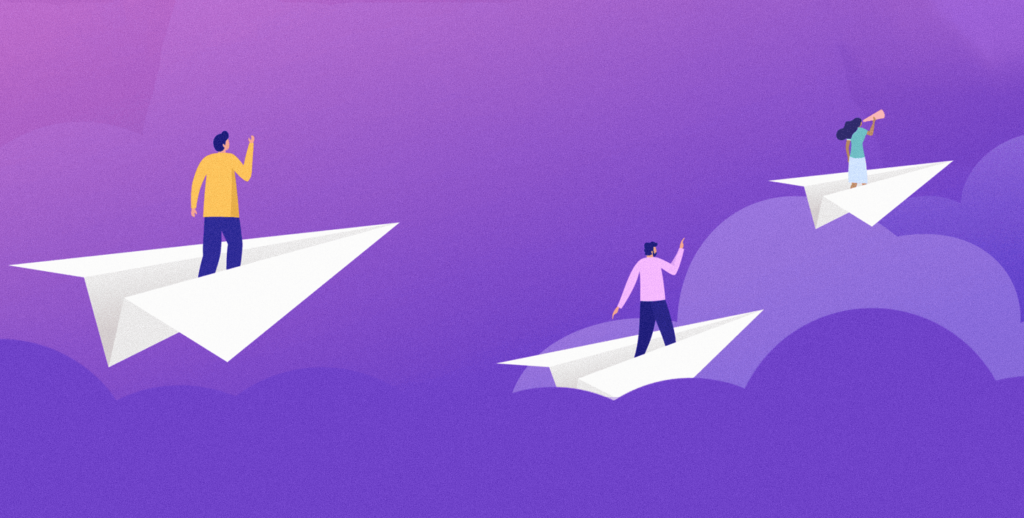 Why being innovative is not meant for all! 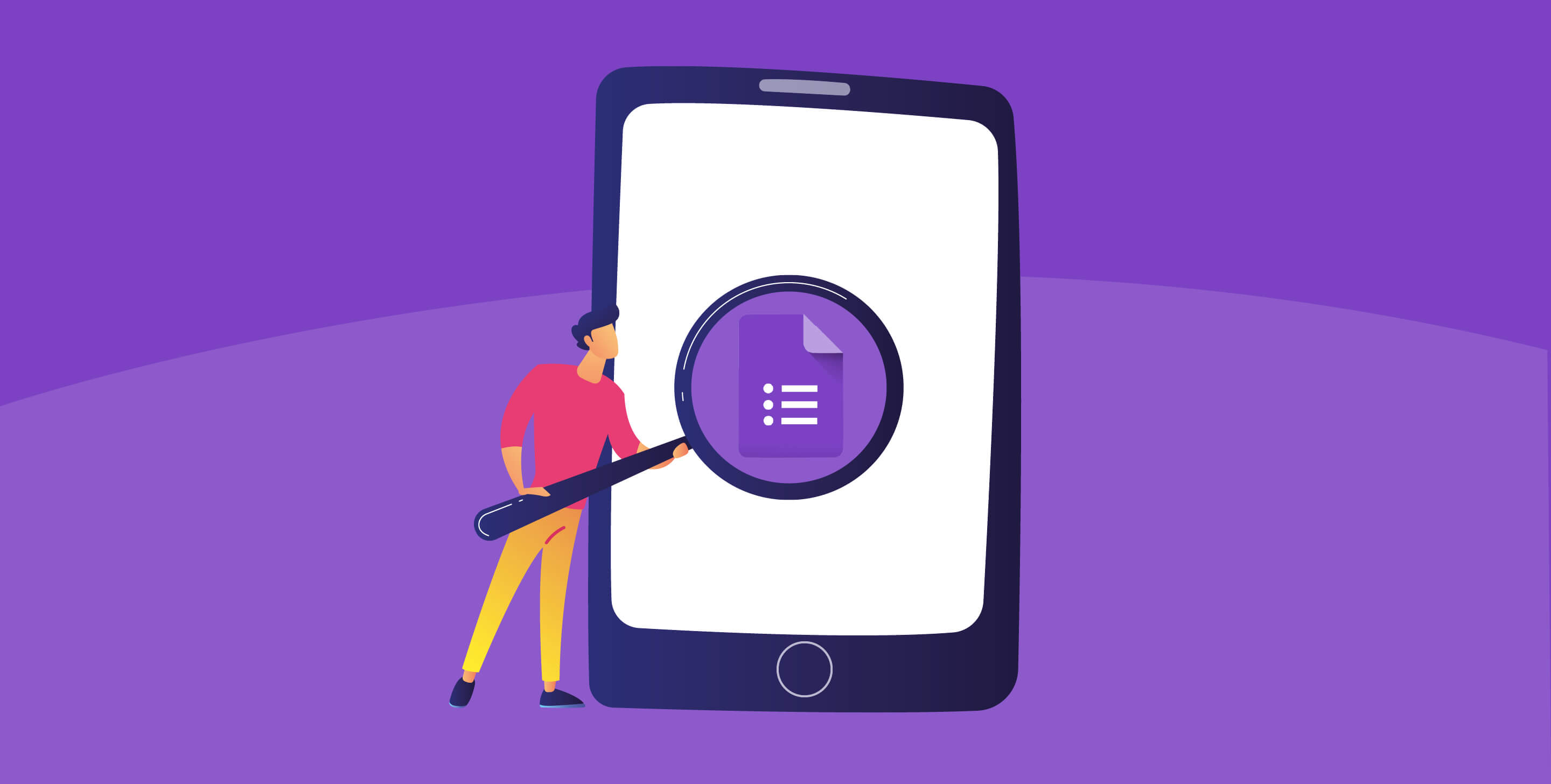 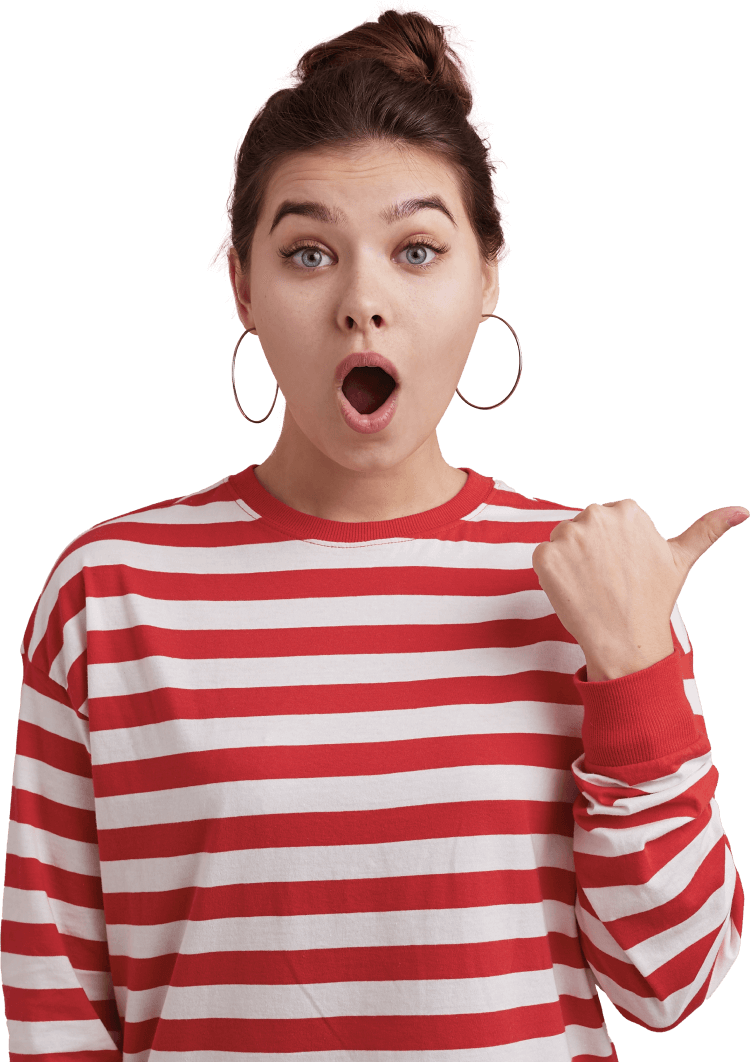 Give SurveySparrow a FREE try!